“Tsubosaka Reigen ki”
-The tale of miraculous efficacy in Tsubosaka-

To book the tickets, please send an email to ticket@youkiza.jp
You can also send it by clicking on the button above.

Please support us with your donations. 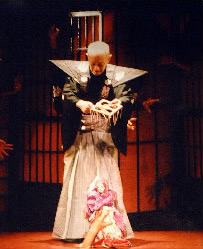 Youkiza was founded by Yuki Magosaburou during the Edo period. Its history has spanned some three and a half centuries. The current YOUKIZA leader is MagosaburouXIII. Just as is written in the ancient works “Osatsumakeizu” and “Seikyokuruisan”, the Youkiza marionettes are the oldest parables in Edo. They have continued by presenting Buddhist interpretations of sutras accompanied by music.

Initially, when it came to stories about Buddhist lectures on the sutras, most theaters had a tayu, or narrator, but these disappeared as time progressed. The Youkiza was one of the first troupes to move from Buddhist parables to playing shamisen and singing at the same time for Joruri and Kabuki. The Youkiza set up a permanent theater in the Fukiyacho district of Edo and presented many new works of its own. “Meibokusendaihagi” is arguably the most representative of those works. That this work is still presented even today in Kabuki makes it a very interesting one in terms of the theater.

Following the Tenpo revolution, five theater troupes-the Ichimura-za, Nakamura-za and Kawarazaki-za of Kabuki, the hand puppet troupe Satsuma-za and Youki-za joined together and moved to a base in the Saruwakacho district, where they were subsidized and received the official support of the Shogunate. 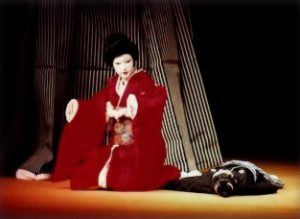 Unfortunately, as time progressed, the Saruwakacho theater in Asakusa was lost, the Satsuma-za ceased to exist and the Kabuki troupes continued in name only, leaving the Youkiza the only theater that continues in its original role as a theater. In 1956, the Tokyo Metropolitan Government designated the Youkiza as an important cultural asset. It received national government recognition in 1995 and has, together with the efforts of the late Youki Sessai, been presented with numerous awards from various parts of Japanese public society. While continuing to perform Buddhist parables, today`s Youkiza remains active, performing new works, picture works and putting on shows overseas. Youkiza can boast of having performed in many areas across the glove, including throughout Europe, the Middle East and the former Soviet Union. Youkiza is highly regarded, having been presented awards during the 1986 Belgrads International Theater Festival, including a special prize for its marionette performance of Shakespeare`s “Macbeth”. 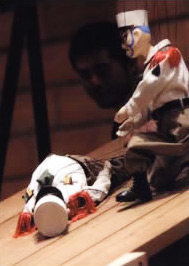 From April 2002, six puppeteers from Youkiza were invited to take part in a joint production put on by the Setagaya Public Theater, the Theatre National de la Colline in Paris and the Quartz de Brest in Brest. This production, “Les Paravents” was written by French writer Jean Genet and performed by Frederic Fisbach with success first in Japan and then throughout Europe. 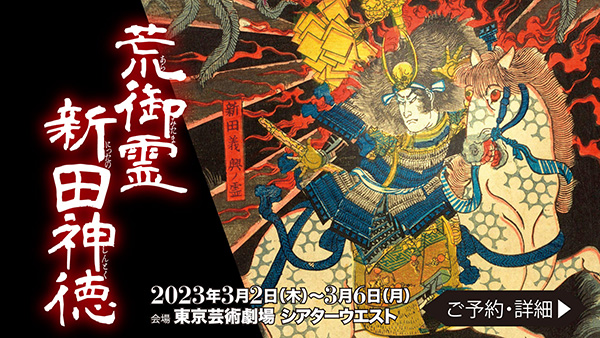 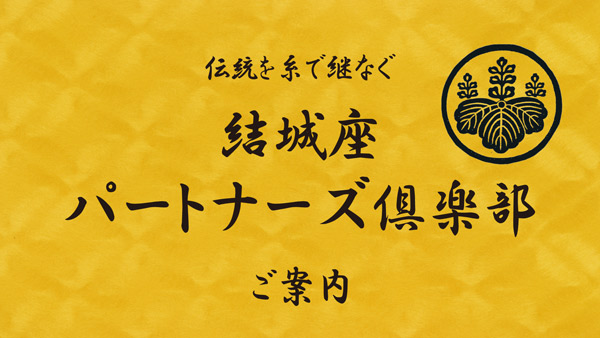